Georg Benoit and the Establishment of the Institute of Materials Handling

The Schauinslandseilbahn- A Groundbreaking Development 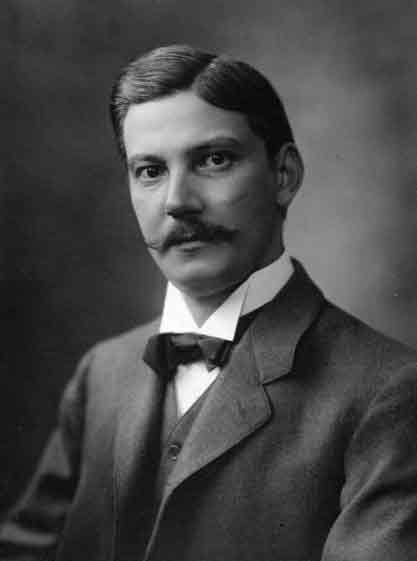 On the over 1200-meter high mountain "Schauinsland", a cable car that manages to tackle a 746 meters difference in altitude with a 3.6 km distance runs from the gates of Freiburg. This railway was inaugurated in the summer of 1930 as the first passenger ropeway in the world with circular operation - in contrast to the previously used pendulum operation. It was designed and built under the direction of the Privy Court Councilor Dr. Georg Benoit, a professor at the Technical University of Karlsruhe.

Georg Benoit- His Life and His Work

Descending from a Huguenot family, Benoit was born in 1868 in Wesel. After studying mechanical engineering at the Technical University of Charlottenburg and several years of industrial activity, he was offered a trip to the United States in 1897 for the opportunity to study the local technical conditions, especially the already advanced conveying technology.

In 1901, a new Department of Lifting and Transport Machines in the Department of Mechanical Egineering was created and Georg Benoit, who in the mean time became the director of the Higher Prussian Mechanical Engineering School in Hagen, was chosen. Benoit's vocation to Karlsruhe was the foundation for the world's first Institute of Mechanical Handling, which was the beginning of a famous school in the field of lifting and transport equipments.

Benoit was particularly interested in ski lifts and the wire rope as means of transport, and the Institute for Material Handling came to great fame. With his work "Die Drahtseilfrage" (1915), Benoit asserted a scientific dispute against the famous engineering professor from Stuttgart, Carl von Bach. Some of Benoit's students have later continued his work in the development of the cable car as professors.

Throughout his 35 years of service, Benoit was twice - 1911/12 und 1921/22 - given the title Rector. He was co-founder and long-time vice president of the Karlsruhe University Association. After his retirement, he was appointed an academic honorary citizen of the Fridericiana. Georg Benoit died in 1953 in Baden-Baden.